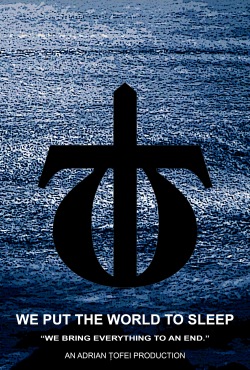 Hi, everyone! I’m looking for investors for my next film, the apocalyptic sci-fi feature We Put the World to Sleep about two young idealists who embark on a mission to bring everything to an end with the help of an advanced android.

We’ll sign contracts, you’ll be officially credited as executive producer or associate producer on the movie’s end credits and IMDb, you’ll be part of the team and go to film festivals where the movie will be selected (I aim for the top ones – Sundance, TIFF, SXSW, Telluride, Tribeca, Cannes, Berlin, Venice) and we’ll do everything possible for the movie to make money so that you’ll recover your investment plus profit!

For the executive producer credit you need to invest minimum $5,000 and for the associate producer credit you need to invest minimum $2,500. Thanks to our first investors (Danha Yunes recently joined as our second executive producer), we already have $10,000 of the $50,000 needed budget. As of today, January 7, 2017, I can only accept $15,000 more investments in total. The rest of the money will be raised via an Indiegogo campaign. Deadline for receiving the investments: February 27, 2017.

More about the movie: weputtheworldtosleep.com or IMDb. More about me: adriantofei.com. More about my first movie Be My Cat: A Film for Anne: bemycatafilmforanne.com.

Support the Trilogy on Patreon

Support the Trilogy on Patreon